Meet Dude, our new foster pup. Dude is a yellow lab mix that was found in an abandoned neighborhood in Millington, Tenn. as a young lad. For the past year, he lived with Lin, one our rescue volunteers, but Midas (our Mastiff) decided he needed a new friend after Monkee left, and asked Dude to come stay with us for awhile. Dude was hesitant at first, but thought Midas seemed pretty cool so he agreed.

You normally would have seen a Castaway Profile on this guy already, but before we could even tuck him into bed on the first night, he received an adoption form! This weekend he will be sleeping over at his potential new family’s house so cross your fingers that it’s a perfect match and he will be there to stay!

The reason I’m writing about Dude is because even in just the three days he has been with us, he’s already taught me something new…patience.

Everyone has various levels of patience, some more than others. For myself, patience has never been a particular virtue of mine, I move quick and I expect everyone to move quickly with me…In the words of Margaret Thatcher,

I’m extraordinarily patient, provided I get my own way in the end.

Dude, on the other hand, was intent on me learning some patience, and so he decided to pretend to be afraid of the house so I could get in some practice.

The first day we brought Dude home, we weren’t able to get him to come inside for even just a second. Thankfully, it was a beautiful spring day so we propped open our back screen door hoping he would eventually enter inside when he was ready.

That was not the case.

After an hour or so, we realized we were going to have to do something if we planned on eating, or sleeping, or doing anything that day. Even though our yard is well fenced in, there’s always that looming foster parent fear of your protege sneaking out, and we were glued to the windows watching his every sniff and tail wag.

For rescue dogs, being afraid to come inside a home is a common problem. After weeks, months, or even years of living outside or fending for yourself, four enclosed walls with tons of big, looming things inside can seem a little intimidating. As they peek into your home, they may not see an escape route, in case things get a little hairy, so they prefer the comfort of the open air and plenty of room to run.

If your foster dog or new adoption experiences this, just remember to be patient, calm, and follow these steps.

Step 1: Prop or lock your door open so your pup can learn that if he comes inside, he won’t be stuck there forever. Go on about your day for at least 30 minutes allowing the pup to check out the door, sniff inside, and test the waters. Don’t make kissy noises, talk to him, or encourage him. In this case, acting like nothing new is going on will give him the space he needs to check out the situation.

Step 2: After he’s established that the door is going to remain open for exit and entry, place a pile of high reward treats right inside the entrance of the house then walk away again. A high reward treat is anything that the dog will really want to work for: bits of meat, hot dogs, his favorite snack, etc. We repeated this step a few times to help Dude gain the confidence to reach inside and eat the treats.

If you have other dogs in the house that are treat greedy like ours, consider placing your other dog in another room so he doesn’t snatch up all the yummies before the new dog does.

Step 3: Take some more treats (if you haven’t figured it out, you’re going to need lots of treats), and this time create a trail from the front door to a few feet inside the house. Walk away again and go about as normal. As your dog builds up more courage to go farther into the house, replenish and lengthen the line of treats.

Now, you’re probably wondering why I emphasized patience. Well, in writing this seems simple, but you’re working at your dog’s pace, not yours. This process took about three hours for us. Be patient..they will get it, and it will be a wonderful moment for both of you.

Step 4: Once your dog is getting all four paws inside the house and just past the door, position a friend or yourself near the door. Dude became more hesitant when he realized we were close to the door so we had to encourage him to come in again with us sitting very still for about 30 minutes in one spot.

Step 5: Once the dog has safely entered inside and he’s focused on the treats, slowly close the door behind him. Note: slowly…and quietly. You don’t want to frighten them with a slamming door, unless, of course you’re ready to start back at square one.

Step 6: Now that he is safely inside, shower him with love, treats, and praise. Show him all the wonderful things about the house and how great it is being inside! Let him inspect all the rooms, follow you around, and play with you. DO NOT place him in a kennel during this time. If you do this, he will associate coming inside with kennel time, and that is not a positive association. Kenneling can be practiced after he has learned how to come inside.

We had Dude stay inside for about 2 hours and then let him out again. We had to re-repeat the steps above for the 2nd time around, but it took only 15 minutes to encourage him to come inside.  Later on in the night, we attached a short leash on him and let him out. When we were ready for him to come inside, we gently grabbed the leash and guided him in.

Why didn’t you just put him on a leash in the first place, says over eager student raising hand.

Because your dog should learn that your home is a safe place and he won’t be forced to come inside unwillingly and in an unpleasant way.

Putting a leash on him first may result in you just dragging him in, which is bad and damaging to the relationship. He/She should have time to build up their own confidence so you don’t have to get into the habit of always putting a leash on him when he goes out. He needs to know he can also do it alone.

We are now on Day Three of Dude living with us and he comes in and out of our house like it’s no big deal. His confidence levels are up and he has made himself right at home on our couch.

Have you ever had a situation similar to Dude’s, if so, how did you handle it?

Rocky is Dog of the Month!

About Adopting a Dog

Before You Adopt… Watch This

Thank you to all our dedicated fosters, volunteers, sister rescues and friends

Do I Go Home Today?

How You Can Help

Use iGive to Search the Web 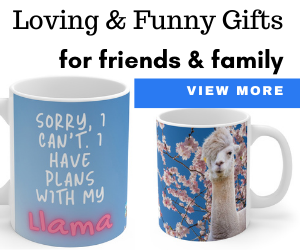